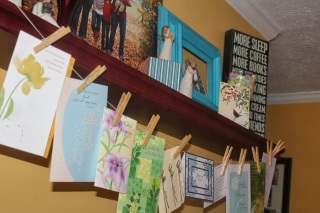 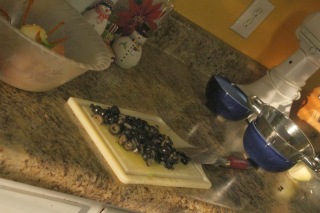 It’s Monday morning and my to-do list looks the same as it did Friday afternoon.  We’re still in the midst of this project, just today did I rescue the hall from the overflowing hamper, and I really should bake some bread for these carb-ivore kids who are always, always hungry.  I suppose I could have gotten ahead of the game this weekend.  We could have hung that next closet shelf and organized the craft supplies and rolled the dough for the best cinnamon bread ever.

But we didn’t.  We played bananagrams and had a sleepover and snuggled under blankets on the couch while the fake fireplace tried in vain to warm the house in this arctic weather that Southerners don’t have the bones for. I fell asleep watching Avatar and read the January and February issues of Southern Living which inspired me to fall in love with my beloved casseroles all over again.  The kids made big messes I complained about and on Saturday night we scrapped the menu plans and got Chinese takeout.

Amelia told me how good she was at Candy Crush while I tried to take a nap with her tucked in next to  me on Sunday afternoon after I took the big girls to the annual GA Tea at church and ate way more finger sandwiches and tiny cookies than can possibly be good for my waistline. I tried to think about all the things I should have been doing but gave up and gave in to the simpleness of quiet rest.

There’s always a list.  We never get to the end of it.

But sometimes weekends aren’t for crossing off the to-do’s but for embracing the to-don’ts. Sometimes I get driven by that little voice that tells me I could be working more and accomplishing much and living well but enjoying less. Sometimes that voice is good motivation, reminding me that I shouldn’t always just waste this precious time, but more often, it’s a distraction that keeps me from just becoming quiet and seeking fulfillment in the life that’s pulsing all around me. 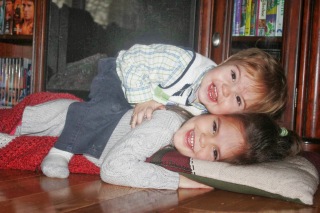 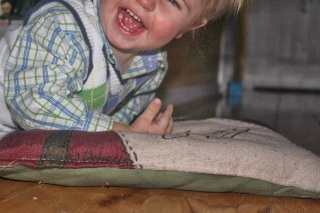 We have to be full before we can pour out.  So maybe weekends, often, are for that.  For sitting still and filling up and resting well before Monday comes around again.

So, maybe, next weekend, you let go of the guilt that list brings and instead do something you don’t think you should.  Hike instead of organize.  Watch a movie instead of folding laundry.  Eat takeout instead of making a meal. Give yourself a respite and let the goodness of grace fill you back up.

Sharing with the Multitudes on Monday community at A Holy Experience.