My nine year old and I put out the fall decorations on a random Tuesday night while her big sisters did homework and her little brother went to Scouts.

There’s nothing fancy about these decorations. Some wooden pumpkins and some hand-painted signs from back in the days when I desperately wanted those lettered signs everyone had … but we could barely afford groceries so I had to make my own.

And we still put that wooden block out every year as a reminder to be so very grateful. Funny how I need that even now when we can definitely afford groceries and hand-lettered signs if I want.

We also strung a set of paper leaves, made back in our homeschool days on another random Tuesday while I led a language arts class and my friend crafted with the little ones. Of all the foliage we hang, it’s my favorite. A reminder that though that season was hard, it was sweet. Good things happened. Beauty was made.

When the baby boy came home that evening he sank to the couch in indignation. “You decorated without me?”

My children. They place so much emphasis on the small, ordinary minutiae of life. The tiny moments I find burdensome at times–really, you want to decorate when the laundry needs folding and the dishes need washing and the homework needs checking and the lunches need packing and the mama needs a glass of wine?

But what is life if not the minutiae? The tiny everyday ordinary. The ushering in of seasons with little rituals that have become so routine to me–but so significant to my children?

So go ahead and pull out the old things you think are tired and worn and no longer significant. Usher in this new season with reminders that it has come before, it will come again, and it’s not the things that matter. It’s the significance of the doing they remember.

My oldest daughter joined JROTC this year. Which means most Saturdays we sweat it out on high school campuses while she engages in all manner of obstacles.

But she’s green and still learning. The competition was already tense–several teammates were out this weekend and she was a fill-in. A freshman hoping to make herself indispensable.

All went well for the first minute, but when she untied and ran, the rope jerked and refused. Wrapped around the pole, what should have been a quick release became a tangled mess. Her colonel shouted, her teammates called, and finally she figured out the instructions they were giving so she could fix the mistake.

But it cost them precious time.

As soon as the race was finished, I confess I expected to hear the colonel berate her for making such a blunder. My mama hackles were rising, prepared to do battle. She’d never practiced with this team. It’s her first big competition. She’s young. She’s here to learn. And once she learns, she won’t make the same mistake twice.

But instead, he set his hands on her shoulders. “Talk me through it,” he said. “From the beginning.”

She told him she pulled and her teammate clipped her to the rope.

“Where did you step? Left or right?”

She blinked. Gasped. “I went the wrong way.”

He said that yes, when she stepped to the wrong side, she wound the rope around the pole. “But it’s not your fault,” he explained. Her teammate should have clipped her when she stood in front of the pole, not behind. “See? If you trace it back to the beginning, you’ll find where you went wrong.”

Go back to the beginning.

The lesson has stayed with me over the last couple weeks, settling in and being reinforced by the words and actions of others. Go back. Start over. Trace your steps and remember. Learn.

So here I am. Back at the beginning where my writing began. On a little blog in a noisy world typing words while one daughter reads and one washes dishes and one folds laundry and the loud little boy drains the last of the hot water for his bath.

I’m planning to be here for the next 31 days. Because I need a reminder that my words have never been defined by sales numbers and book proposals. That there was a time I wrote words to remember, to be my alter, to help me understand.

So I’ll be here. Showing up. Fumbling language. Listening.

I hope you’ll let me know if you’re around here too. 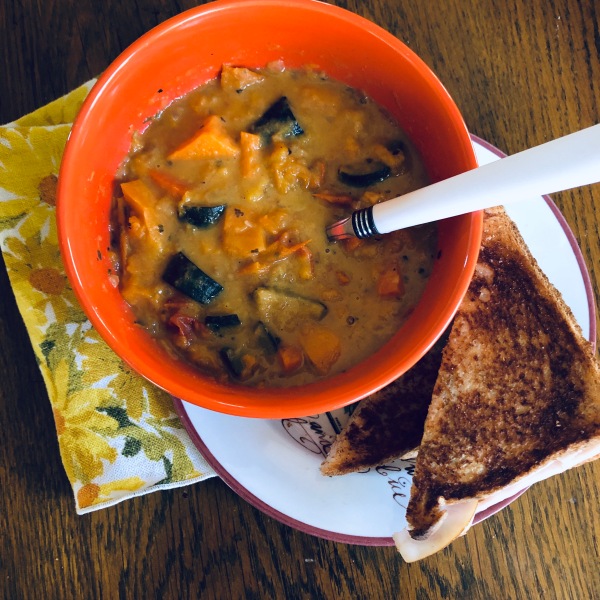 Supper’s on the table.

Once this was a feature in my newsletter, and while I’ll still drop some special recipes to subscribers only, as part of the blog resurrection, I’m letting you into my kitchen.

Seriously, if I could have everyone over for soup and bread I would.

January tried to be winter, and really, it was pretty successful. So I made some homemade bread, wrote an ode to my Crockpot, and stirred lots of hearty soup for those chilly days.

Now it’s like springtime. But it’s really only February so pretty sure I still need to keep all the soup recipes out.

My award for “Favorite Soup with a Say What? Ingredient” is definitely Peanut-Butter Vegetable. Don’t scoff. It’s delicious. I promise.

I used my Instant Pot to make this (note I haven’t written an ode to it yet, we’re still not great friends). But it’s easy for soups. Use the sautee function, then add the rest, and set it for a short pressure cook. That timing thing I still haven’t figured out, but this soup turned out well!

Sautee carrots, onion, garlic in butter. Stir in broth, sweet potatoes, zucchini, salt and pepper to taste. Bring to a boil, reduce heat and simmer until vegetables are tender. Stir in tomatoes and peanut butter and heat through.

Now send me your favorite soup recipe? You can hit reply or find me on Insta or Facebook. Pictures will definitely get shared!

In the meantime, read much and eat well. (If you want to know what’s currently saving my wintry life, I’ve got a list right here.)

P.S. Another reason to make soup. You can read a book while it’s simmering away. Or fold the laundry. You know, whatever makes you happy.

People told me this would happen as I approach 40 (2019 is my last year in my thirties). They told me I would begin to realize so much better who I am, who I want to be, and who I’ve let the world make me.

I’m not sure I’m so happy with the last one. I’m a people pleaser and I overanalyze every one and every response–which actually is an incredibly unhealthy way to live. I may have a gift of empathy–and it may make me a better writer–but the junk of others doesn’t have to determine ME.

So this year is an experiment of sorts. A last year in my thirties and a time of personal reflection. I’ll drop some of those thoughts here, in this blog I’ve neglected since my debut novel released. Some will go to my insiders–those people who subscribe to my newsletter and let me tell them some things in their inboxes. Some will trickle into my Instagram and Facebook feeds, and I’d love to hear from you.

What’s saving your life–right now in the middle of winter and one month into a new year?

My list is simple and I’m linking up with my favorite Modern Mrs. Darcy who takes this practice cue from fellow writer Barbara Brown Taylor (who incidentally lives near me but I’ve never seen her at the grocery store).

Your turn! You can find me on the socials or leave a comment or a send an email or ignore this and go back to work 🙂

If you’re a newsletter subscriber (you’re my FAVORITE) you already know that my Christmas novella, Magnolia Mistletoe, is now available for FREE! If you’re not a subscriber, what are you waiting for? 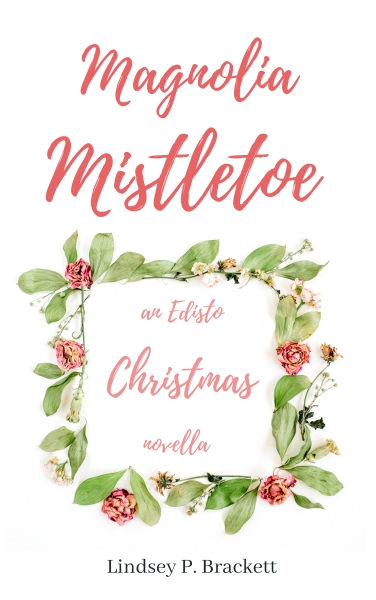 Hannah Calhoun knows what she wants for Christmas. But before she can become a full-fledged partner in her mother’s wedding planning business, she has to first prove she can handle her own shortcomings. Benjamin Townsend is an entrepreneur always looking out for the next big thing—and if hosting weddings on Edisto is it, he’s all in. Even if that does mean spending a lot of time with Hannah, whose world is full of way more happily ever after than his. Once the magnolia and mistletoe are hung, will an Edisto Christmas be exactly the magic these two need?

Yes, I want a free book for Christmas! Click here.

Find Still Waters on Amazon or ask for it at your favorite local bookstore. 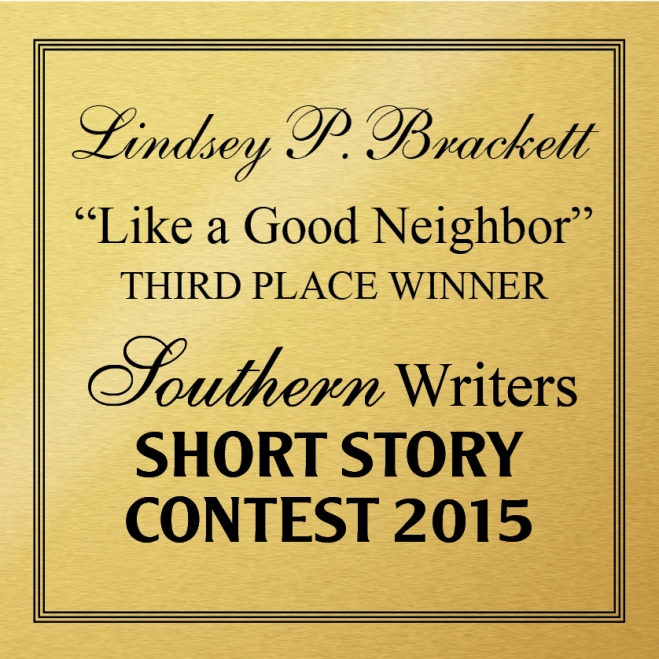